“I have been a teacher and singer for over 20 years. I am passionate about both. I have given master classes in London, Edinburgh, Amsterdam and Los Angeles. One thing is certain ….. Singing Rocks!” 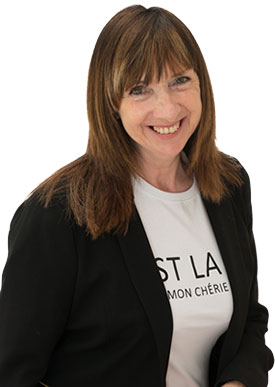 Yes, that's me. My first performance was at the age of nine at the Royal Albert Hall, London in front of the Queen Mother. It was an evening called 'A Thousand Voices'. The choir singing was made up of school children who had been specially picked from over 400 London schools.  I felt honoured and I remember saying to my mum "if I hadn't been there it would have been called 999!”

I was classically  ‘Bel Canto’ trained but I needed a more contemporary sound especially as I had joined a heavy rock band!  I was inspired by ‘Your Voice’ by Robert L Weer which introduced me to “singing on the speaking level”. Also, ‘Voice of the mind’ by Herbert E Caesari which introduced me to the sensations of singing. I started studying with Alma Caesari, his daughter and then travelled to the US to learn directly from Seth Riggs who had developed exercises for contemporary singing and named his method ‘speech level singing’. I was also a student of San Francisco teacher Dave Stroud.

I established my other web site www.speechlevel.com in 2001 when I became the very FIRST European associate of Seth Riggs, vocal coach to Grammy winners including; Michael Jackson, Stevie Wonder, Luther Vandross & Barbra Streisand. I was the only English teacher working for him at his student summer camp in Bel Air, Los Angeles, where I met and learnt from teachers and students from San Francisco, Las Vegas, Los Angeles, Chicago, Florida, Nashville and Sydney, Australia. I am no longer an associate but had grown in knowledge from the whole experience.

“I believe we are all capable of singing but we are all prone to bad habits and fear of failing”.

Whilst in Los Angeles I was invited to Michael Jackson’s Neverland. Read my story here.

I have had the pleasure to have sung with many great musicians over the years including Neil Robinson, Guthrie Govan, Neville Marten, Dave Kilminster, Roger Newell, Jeff Green. I have also been a voice-over artiste for Classic FM. You can hear a clip here: 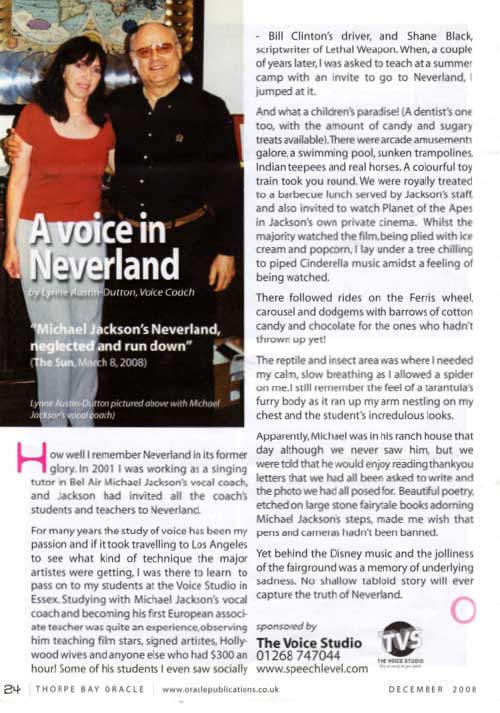 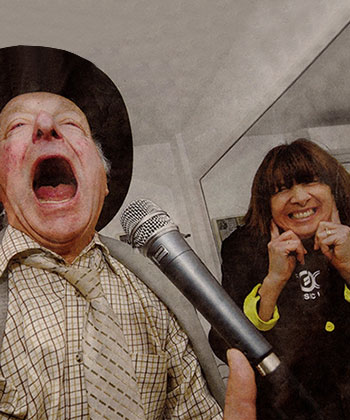 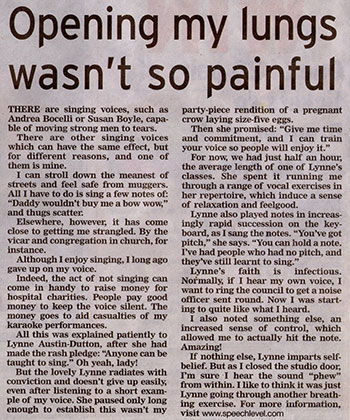 Chief features writer Tom King of the Evening Echo learning how to sing.

“ I could hear the difference after only 12 weeks”

"Recording taken of my voice before training with Lynne Austin-Dutton"

"Recording after 12 weeks of training with Lynne" 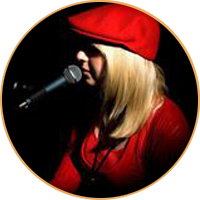 “What can I say about Lynne Austin- Dutton? Where to begin! I couldn't have imagined going to any other vocal tutor for the past 10 years.

Prior to our first lesson I had attempted to teach myself to sing and had developed a few bad habits that led to vocal fatigue and my voice cracking in the middle of songs. At our first lesson, within a few minutes Lynne identified the source of these problems and set me on the correct path.

As well as being an amazing teacher, Lynne is wonderful fun and an absolute joy to learn from. She will be honest and direct about anything you're not doing correctly, hone in on it and work through it until you improve.

Thanks to Lynne I am now a professional singer who has performed in front of audiences of 20 to 2000! This never would have been possible a few years ago."